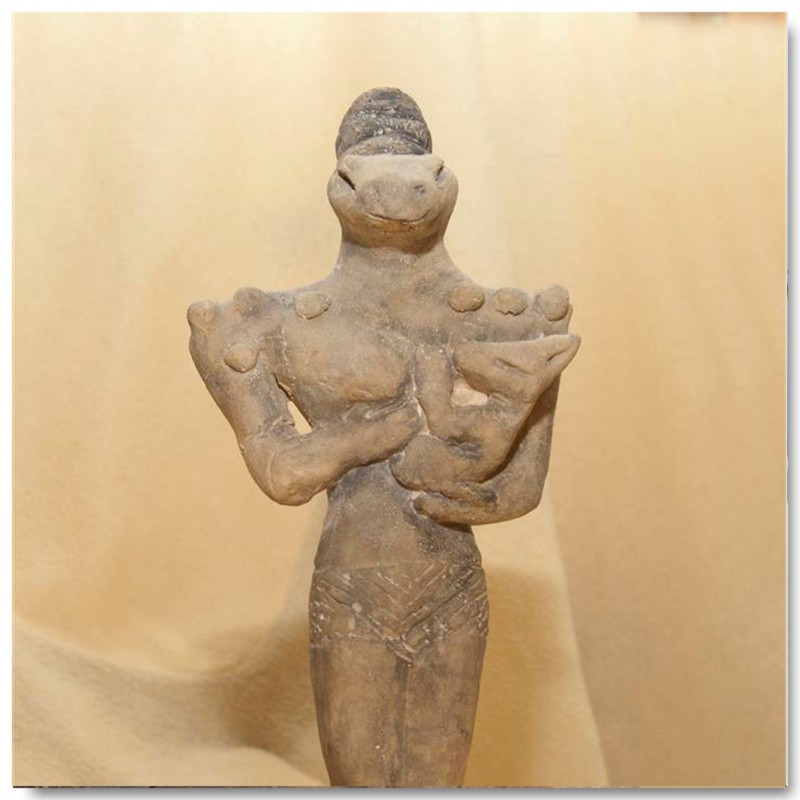 Under request. Ships within 7 business days after payment..

Nammu was the Goddess sea (Engur) that gave birth to An (heaven) and Ki (earth) and the first gods, representing the Apsu, the fresh water ocean that the Sumerians believed lay beneath the earth, the source of life-giving water and fertility in a country with almost no rainfall.

The Anunnaki, meanwhile, were the companions of the council of the gods and Anu. Were distributed over the earth and the underworld. The best known among them were: Asaru, Asarualim, Asarualimnunna, Asaruludu, En-Ki (Ea for the Akkadians), Namru, Namtillaku and Tutu.

In some groups astroarchaeologists and ufologists, as Zecharia Sitchin, this is the name given to aliens, which they postulate that would have based the myths, because it would have been a hypothetical extraterrestrial intervention in antiquity.

The original has been shaped by the artist Angel Corral.
Reproduction in resin and marble.

The finish is hand shaped and paint and patina, so that each one is unique and may have slight differences in color compared to the photo.

Under request. Ships within 7 business days after payment..